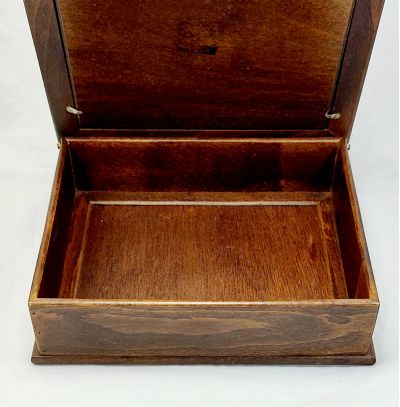 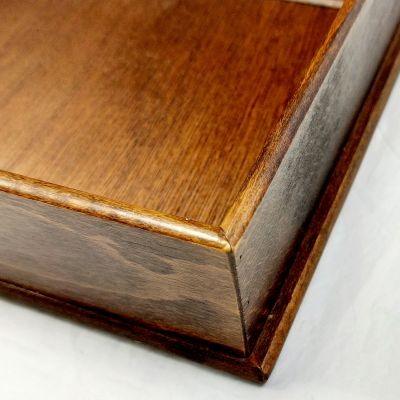 Bull leaping was an ancient sport of the Minoan era, in honor of God Poseidon. The sport was often pictured in frescos. We created a wooden box with detail of the famous "Bull leaping" fresco, found in the palace of Knossos in Crete. The relief representation of the sport is made of copper, plated in silver solution 999° and mounted on a wooden box.