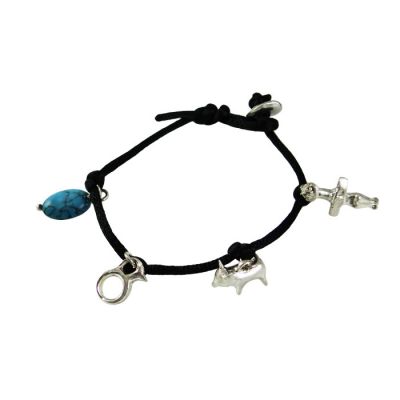 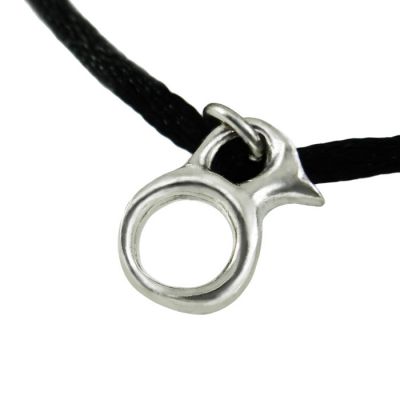 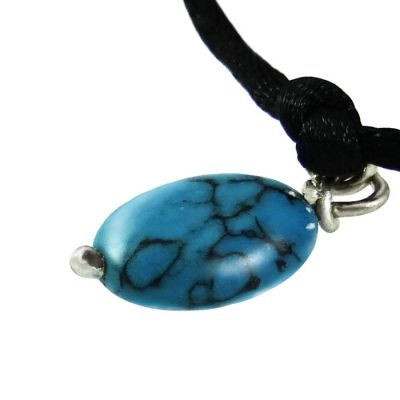 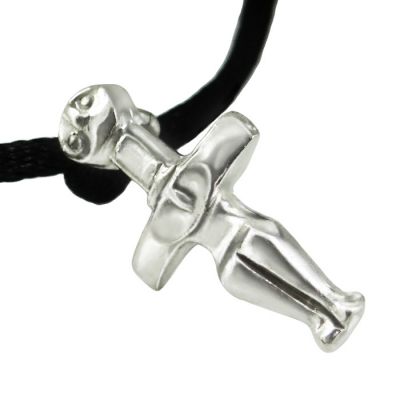 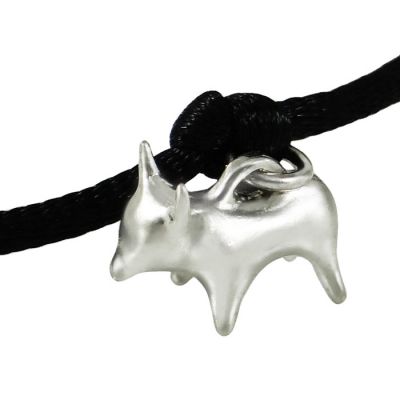 Bracelet with three silver miniature figurines inspired by findings of ancient Cypriot culture. The three little figurines are made of silver 925°, and they are created in the form of a ring-shaped vase, a bull-shaped rhyton and the well known cruciform figurine. The bracelet is braided by hand with black satin cord with a turquoise stone for blessing and good luck! The cord can easily be adjusted in your hand! A unique jewelry gift for all ages!

Dimension of the bracelet: 18cm

Dimensions of the charms: 2cm

The cruciform figurines were made of stone and they depicted human forms in the shape of a cross. They were produced in Cyprus during the  chalcolithic period (3900-2500 BC). Cross-shaped figurines have been found at the district of Paphos, like the Idol of Pomos. Cruciform figurines are mostly found in child and female burials, and in all probability reflect religious beliefs about fertility and re-generation. Beliefs associated with perceptions of the afterlife are not excluded.

The ring-shaped vases are originated in the Cypro-Geometric Period.  These vases are considered  as original Cypriot creations. They date back to 8th and 7th century B.C. and it is uncertain whether these vases were intended for domestic use or for religious rituals.

The bull-shaped rhytons were ritual vessels with two holes. They were used for offering liberations (wine, olive oil) to the gods and are found frequently in sanctuaries but also in graves. Zoomorphic rhytons were particularly popular in Cyprus. Indeed, those in the shape of a bull are considered to be distinctively Cypriot creations. The bull was one of the paramount religious symbols of Eastern Mediterranean civilizations in the Late Bronze Age and was linked with fertility as well as with supernatural strength.

Ancient findings from Cyprus are exhibited at The Cycladic Art Museum in Athens.