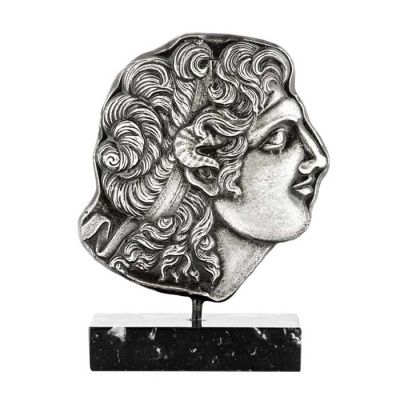 Alexander the Great is one of the most enigmatic commanders in greek history and he remains famous around the world, even today. We created a relief with the head of Alexander the Great to decorate your office or your home. It is made of brass, plated in silver solution 999° and mounted on a base of greek marble. The relief is inspired by the gold medal of Tarsus, dating to the mid-3rd century B.C.

The original medal is located in the Cabinet des Mèdailles at the National Library of France in Paris.