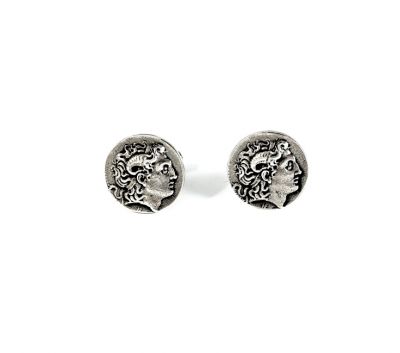 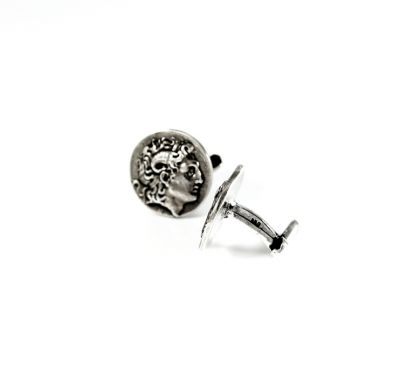 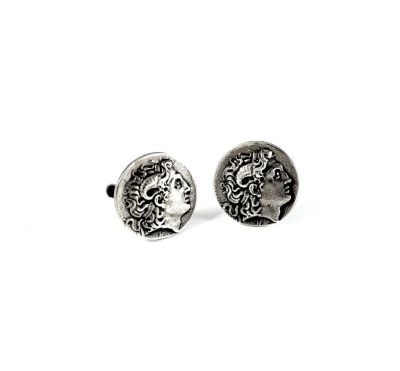 Alexander the Great silver cufflinks are based on the depiction of a gold medal from Tarsus in Cilicia and it dates to the middle of the 3rd century B.C. Alexander the Great was a king of the Greek kingdom of Macedon and is considered one of history's most successful commanders. This pair of cufflinks is crafted by hand and is made of solid silver 925°.