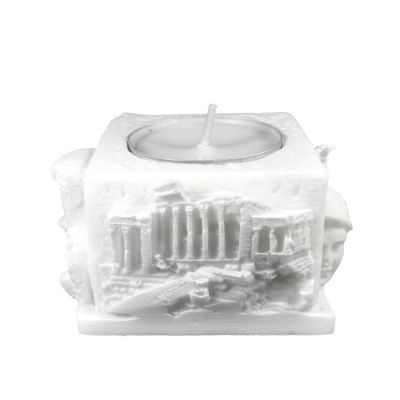 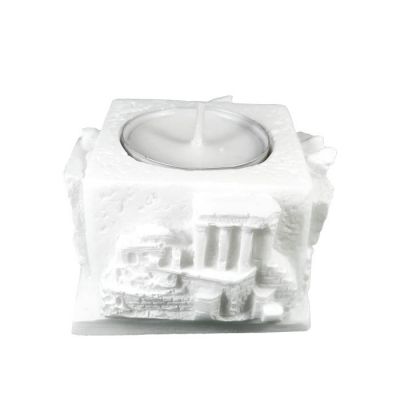 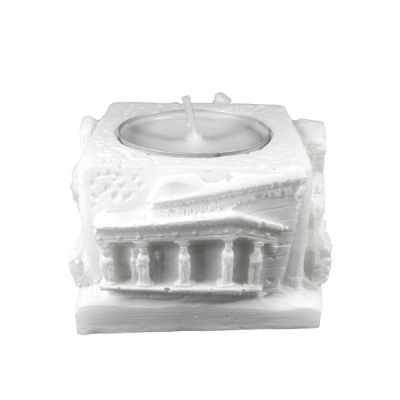 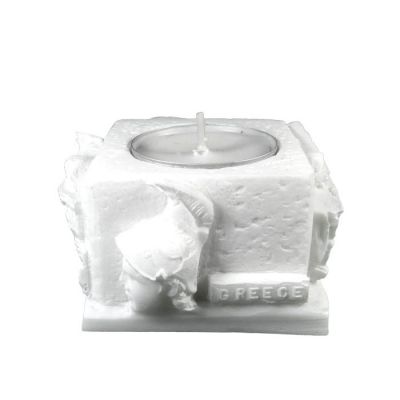 The Acropolis of Athens is the greatest archaeological site of the ancient city of Athens, that in antiquity was a sanctuary, dedicated to the patron of the city, the goddess Athena. The monuments of the Acropolis are unique masterpieces of the ancient architecture combined with Classical art. The Acropolis of the fifth century BC was built during the golden age of Pericles. Our impressive candlestick depicts goddess Athena, the Parthenon and the Erechtheion with the famous caryatids. It is created of casted alabaster and is ideal for your office or home decoration.

The Acropolis, the greatest sanctuary of ancient Athens, is perhaps the most famous archaeological site in Athens and one of the Hellenic world heritage monuments. The finest monument of Acropolis is the Parthenon, the temple that was dedicated by the Athenians to Athena Parthenos, the patron of their city, which was built between 447 and 438 B.C., during the Golden Age of Athens, also known as the Age of Pericles. It is a temple in Doric order, built with pentelic marble, designed by the architects Ictinus and Kallikrates, while the sculptor Pheidias conceived the temple's sculptural decoration.

At the archaeological site, anyone can also see the Acropolis fortification wall, the Beule Gate and the Propylaea, the Erechtheion with the famous caryatids and the Temple of Athena Nike. There were also found the ruins of Brauronion, which was a shrine dedicated to Brauronian Artemis, protector of women about to give birth and who had just given birth and the ruins Old temple of Athena Poliadas and the building of the Chalkotheke, which housed mainly metal votive offerings. The pedestal of the monument of Agrippa and several parts of the Temple of Rome and Augustus are preserved, too.

The archaeological site of Acropolis is in Athens and original artifacts of the ancient sanctuary are kept at the Acropolis Museum in Athens.