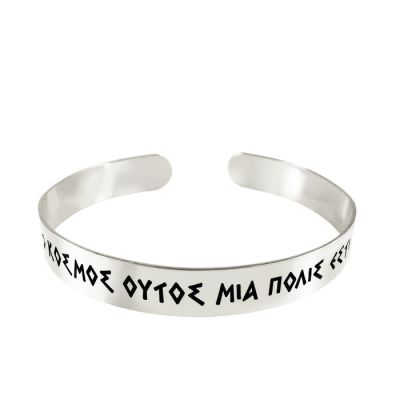 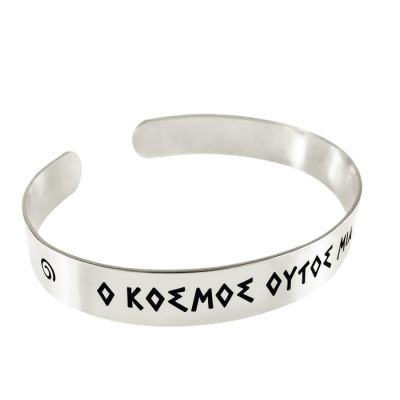 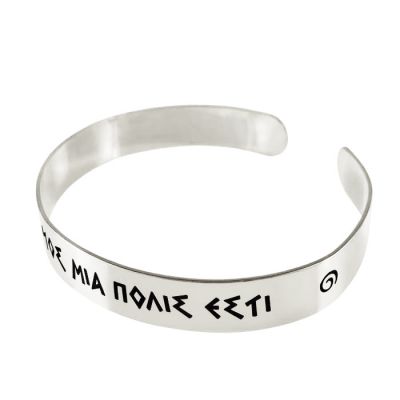 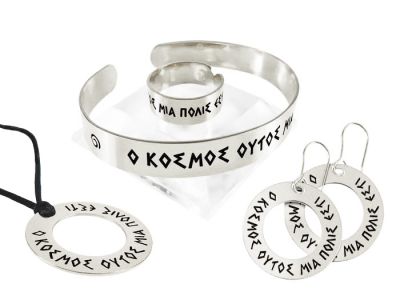 We created a special bracelet that bears the ancient proverb "o kosmos oytos mia polis esti", which means that "the world of ours is a single city". The ancient proverb of Epictetus, famous ancient philosopher, inspired us to create this beautiful jewel, made of silver 925°, for the admirers of the ancient greek knowledge and wisdom.

You may also like to see the pendant, the earrings and the ring of the "World" collection.

Order now your own bracelet or offer it as a special gift!