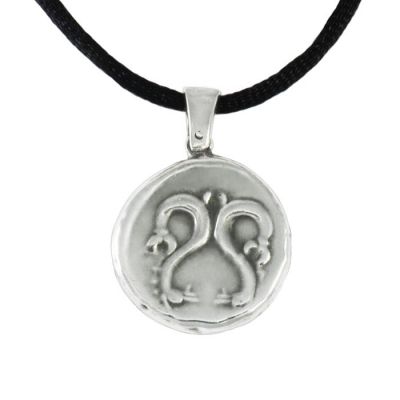 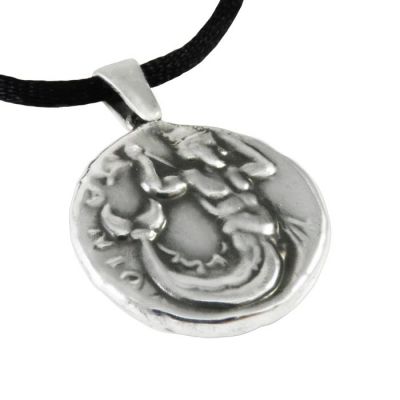 Inspired by Triton, who was a deity of the seas and son of Poseidon, according to greek mythology and the silver stater of Itanos in Crete, with Triton on one side and on the other two seahorses, we created this unique jewellery in silver 999°, which is offered with a black satin cord. It is a unique jewellery that will impress you.

All prices include VAT

In Crete, coins were minted even from the era that King Minos reigned. The coins depicted mythical deities from cretan myths and animals as emblems and they were inspired by the economy and the trade and political relations. The coins were manufactured primarily in silver or copper and very rarely in gold.

The city-state Itanos is among the first city-states in Crete, that minted coins. The one side of the silver stater of Itanos depicted Triton and the other two seahorses. According to the Greek mythology, Triton was a deity of the seas and son of Poseidon. He was always shown with a human head and body and a fish tail. The silver stater with Triton is dated around 375-350 B.C..

Ancient greek coins are exhibited at the Numismatic Museum in Athens.