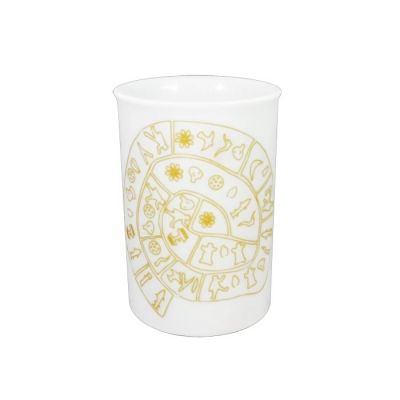 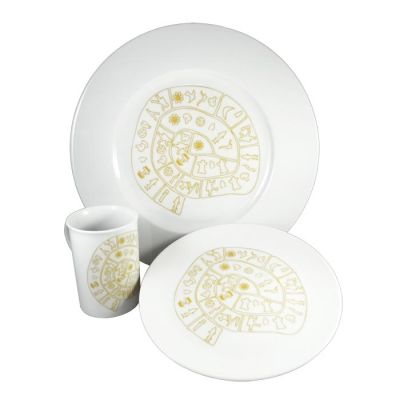 The Phaistos Disc, is a unique archaeological finding from Phaistos in Crete, dated to 17th century B.C., that inspired us to create a unique mug, made of bohemian porcelain. The impressive mug can be used in microwave ovens and dishwasher machines. A unique and useful item, which adds a unique style to your dinner set.

You may also like to see the platter and the plate of the "Phaistos Disc" porcelain collection.