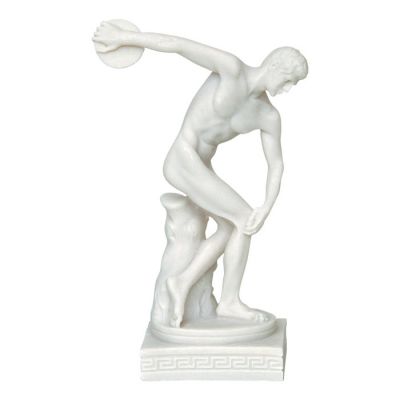 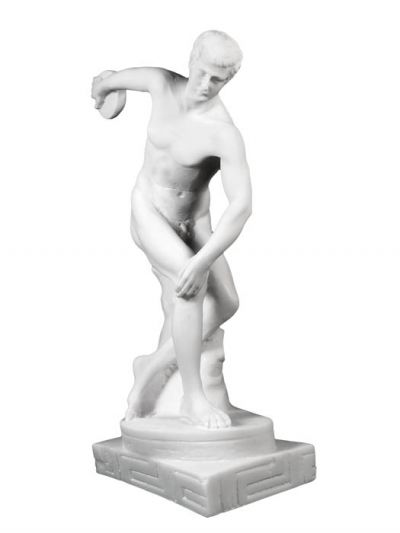 Discobolus of Myron (discus thrower) was a bronze statue, attributed to ancient Greek sculptor Myron, dating to 460-450 B.C.. The original sculpture is now lost, but, in antiquity, it stood at the Acropolis of Athens. It depicts an athlete in the momentum of throwing the discus. A statue, inspired by the sport of discus, which the first element of the ancient pentathlon, made of casted alabaster.

The Diskobolus of Myron (discus thrower) is a Greek sculpture, which was attributed to the sculptor Myron, that is dating towards the end of the Classical period, around 460-450 B.C.. The original greek bronze statue is lost, but there are numerous Roman copies in marble, or smaller scaled versions in bronze.

The statue portrays an athlete caught mid-swing as he prepares to throw his discus. The musculature of his body is beautifully incised, but there is very little emotion shown in the discus thrower's face. Like the ancients Greek athletes, the Discobolus is completely nude. Discus-throwing was one of the five elements in the ancient pentathlon, and  the physical appearance of the pentathletes was much admired in ancient Greece.

The lost ancient statue stood in the Acropolis of Athens, but several copies are exhibited at the National Museum of Rome in Italy and  at the British Museum, in London.