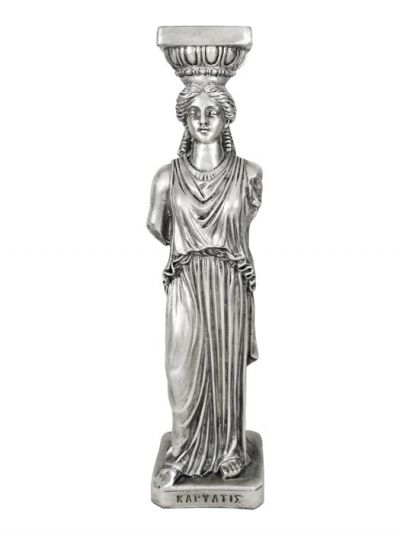 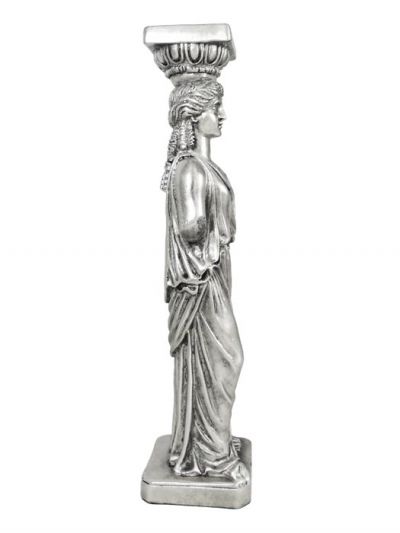 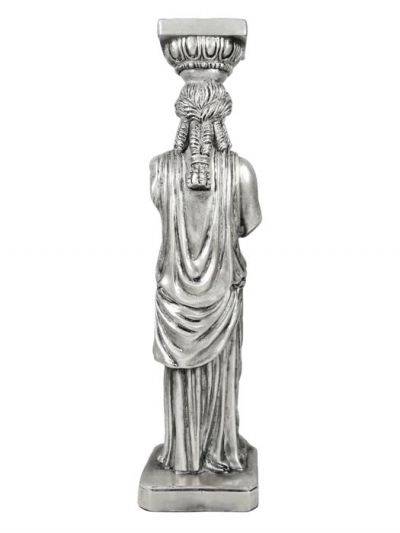 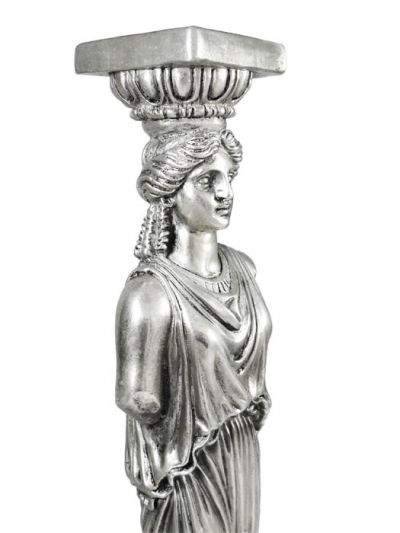 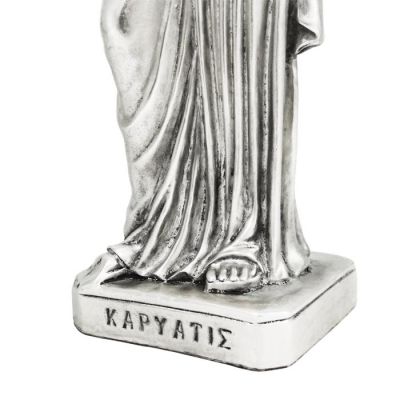 Caryatids were ancient sculptures of a female form, that were used in ancient greek architecture, as architectural support of buildings. The sculpture is inspired by the Caryatids from the Erechtheion at the Acropolis of Athens. It is made of resin, coated in copper and plated in silver solution 999°. A unique historical heirloom for your office or home decoration.

Caryatid is a sculpted standing female figure serving as an architectural support taking the place of a column. The first examples come from ancient Greek architecture. The greek term karyatides literally means "maidens of Karyai", an ancient town of Peloponnese and probably refers to the young women of Lakonia who danced every yearin honour of Goddess Artemis Karyatis at her temple in Lakonia. They were an evolution of the earlier korai statues, which were widespread throughout the Archaic period.

The most famous Caryatids are the six which support the roof of the south porch of the Erechtheion, which was built to house the ancient wooden cult statue of Athena, on the Αcropolis of Athens and they date around 420 B.C.. Each Caryatid wears belted Doric peplos and has her hair braided, but is uniquely rendered, a feature shown in their intricate hairstyles. Scholars believe that each Caryatid was sculpted by different artists.

The Caryatids on the Athenian Acropolis are now copies, but five of the originals reside in the Acropolis Museum in Athens and the other is in the British Museum in London.