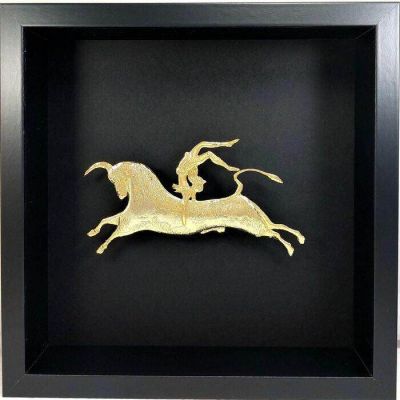 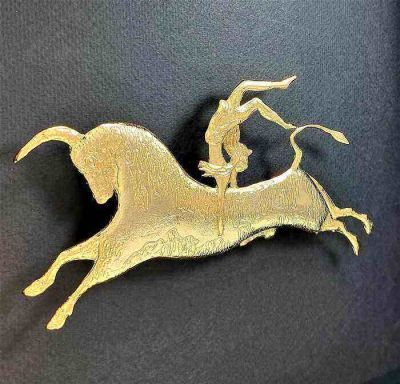 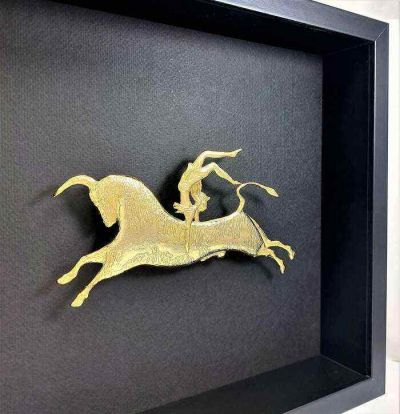 In Minoan Crete, the fight with bulls was an ancient ritual sport. Ispired by the  the famous "Bull leaping" fresco, found in the palace of Knossos in Crete, dating back to 1600 B.C.w e created this piece of art in gold-plated 24 carats copper and placed it in a wooden frame. This relief representation is all handmade and is a unique gift with historical value for family or business events.