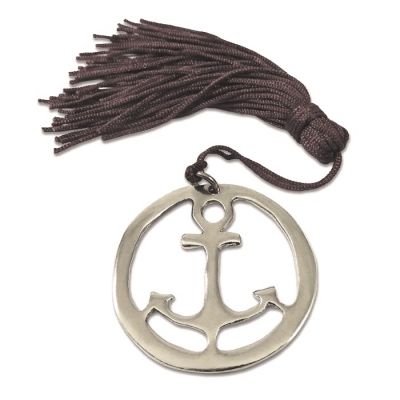 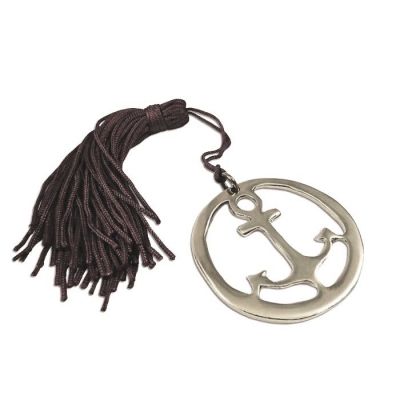 Anchor charm. This year, this symbol expresses our love for traveling and exploring new destinations. May this year be a year of new destinations and more stable relationships. Handmade solid silver.

You may also see, our collection of charms.

The anchor is one of the most essential parts of the ship that it associated with its safety and was first used in 500-400 BC. It is believed to have been discovered by the Tyrnerns or by the Elapalamus. According to other references, it is considered that it was an invention of King Midos, while the first anchor was already preserved in the sanctuary of Zeus in the years of Pausanias.

Before the invention of the anchor the Greeks used rocks, they so-called ‘’logones’’ (ancient Greek). They were wooden trunks filled with lead or baskets filled with rocks or sand. In the following years, however, the stabilization of the vessel was carried out with the anchor. From antiquity to the present day, it is customary to throw the anchor from the bow while the stern was fasten on the shore with ropes.

As for the anchor, its current name was taken from Pindar. However, according to Homer, the word anchor did not exist, but the word ‘’evni’’(ancient Greek). Evni was made of stone, had two holes were wooden pickets with sharp edges were placed in order to hook at the bottom of the sea and to hold the ship better. However, there was a great development of this part both in the material and in the shape since they were replaced by iron anchors in small but also large sizes.

The anchor is also a symbol of both hope and stability. Its shape is a cross that rests on a balanced frame, a crescent or a bowl. The cross represents the personal incarnation, and the moon the feelings and the subconscious. The anchor is therefore a symbol of the individual's Incarnation, which is supported by his/her emotions, and is based on intuition and subconscious.

Anchors of ships are exhibited at the Hellenic Maritime Museum in Athens and at the Naval Museum of Crete.